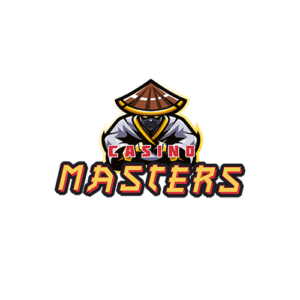 Raise your casino skills to Ninja level with this kung-fu themed site.

Gladiator Legends is a slot built on a 5×4 matrix with 10 paylines. It is a product of Hacksaw Gaming which has developed the slot with massive multipliers that could see a player winning up to 10,000x their stake. The wild symbol is represented by the VS symbol that expands into a ferocious Duel Reel, capable of boosting your win by a 100x multiplier. Gladiator Legends is a new slot; therefore, the provider has fitted all the latest gameplay features to spice up your experience.

Hacksaw Gaming developed this slot with an Ancient Roman theme. The provider is known for games with a lighthearted touch, and Gladiator Legends is no exception. Generally, the symbols have simple visuals, but not the VS wild that later expands into a menacing Duel Reel. As you spin the reels, the soundtrack sinks you into a moody atmosphere as you make your way into the violent age of blood and gladiators. Players can earn multiple bonuses and multipliers that are unlocked through Duel Reels and the Beast Reel. The Gladiator Legends RTP is 94.44% and it comes with a high volatility.

Premium weapon symbols are worth between 5x and 30x of player stake when you land five of a kind. The lion wild symbol replaces the other regular symbols to increase the chances of a winning combination. The VS wild symbol shows up more often, expanding to occupy the whole reel. In some instances, two wild multipliers will appear on this symbol to depict two gladiators fighting.

The Arena symbol represents the scatter. If you land three of the scatter symbols, you will trigger the Champions of Arena Bonus Round. The system also rewards you with three spins that are renewed every time you land a VS symbol. Another scatter is represented by bears, where three symbols trigger the Unleash The Beast Bonus Round with three spins that are reset upon landing the VS symbol.

Hacksaw Gaming has provided players with a demo version to learn the game rules before playing. You can also relish stress-free moments by spinning reels without worrying about losing your stake. The free mode boosts player confidence before placing wagers with real money.

Gladiator Legends is a modern slot with all the bonus features you desire in your gaming adventure. It has unique wild symbols and scatters to boost your winning chances. Although the game is not compatible with mobile devices, players will appreciate the seamless gameplay on desktop. This is because of the HTML5 technology used to develop the slot. Hacksaw Gaming is a reputable software provider. You can expect that they will soon upgrade Gladiator Legends to play on mobile devices to comply with the current trend. Remember that the highest potential of the slot is 10,000x your stake.