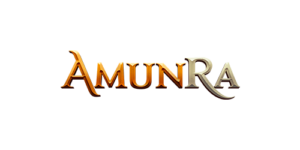 Eye of Atum is a slot with five reels on three columns, plus there are 10 paylines. The slot is created with an ancient Egyptian theme and has amazing animations, as you will expect from the Play’n Go software provider. There are expanding wilds on the three middle reels whose role is to upgrade premium symbols in the bonus rounds. The goal of the game is to upgrade all symbols to the top-tier eye symbol. Lucky players who successfully perform this upgrade will likely win up to 2,000x their stake.

Play’n Go has lived up to the promise of giving players a slot machine that suits their preferences. The slot’s theme is developed through various characteristics that include Atum, a sun god, palm trees, and a temple opening. As you spin the reels, there is a soundtrack with a mysterious vibe which draws your mind to a journey through Ancient Egypt. The game wilds expand during the base game and when you play in the bonus round. The game is rated as volatile, although the 2,000x potential is considered low compared to other slots with high volatility traits.

Eye of Atum is playable on five reels, and a players can only win by matching five premium symbols that are worth between 20x and 50x your wager. Wild symbols only land on reels two, three, and four. Any wild symbol that comes up expands to cover the whole reel. Wilds also play the substitution role by replacing regular symbols to increase the chances of winning combinations.

The Scatter Symbol triggers bonus rounds when you land three, four, or five of them at any position. Regardless of the number of scatters, the game will reward you with 12 free spins. Three, four, or five scatters are worth 2x, 20x, and 500x your stake, respectively. Even in this bonus round, the wilds will expand just like in the base game. Eye of Atum has an RTP of 94.2%, which could be considered low.

If you are trying this game for the first time, you’ll have no idea how to play it. It is wise that you do not commit your money before you learn a few skills and rules. Eye of Atum has a demo version for players to play for free.

Eye of Atum may not have visually striking properties, but the animations are worth your screen time. The software provider has done enough to build a slot with a mouth-watering bonus round. You will enjoy the free spins reward and amazing multipliers on your stake by triggering scatter symbols. If you are lucky in this round, you may just walk home with a large sum of money. The expanding wilds will guarantee winning combinations. Generally, this is a straightforward slot with a normal structure of the 5×3 matrix and there are 10 Eye of Atum paylines. The demo mode is a perfect way to learn the game rules before placing real money bets.